kuz was born in 1988. he lived in rural russia for a long time, and then he moved to the us later in life. for all you newfags, he made 9chan around 10 years ago (in 2005). and he is the current administrator of the site, as well the co-administrator of nc9chan and a 4chan shadowmoderator. he also seems to have an affinity for disgusting polish whores, and has no self respect for himself. he maayyy also be a pedophile and fraud criminal. 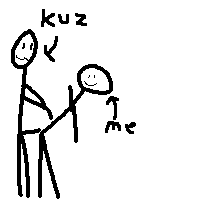 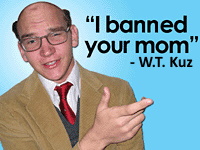 aand.. some other stuf (thats too big).

kuz is a super cool fun internet man with lots of cool stuff and he show me his ppenis!1!